Due to the very unorganized way I've been handling things lately, I have not been able to find the photos I wanted to post today. (They weren't taken on a digital camera, and are soundly sleeping in one of my many photo boxes.) Maybe by the 4th of July, I will have located them and can share them then. Until then, I just wanted to say that every Memorial Day I honestly remember why we celebrate this day, which used to be known as Decoration Day, back in The Old Days.

While going through my various little piles of papers, notes, doodles, etc....looking for photos.... something pretty cool did happen. I came across my note about Vox Magazine, which interviewed me by telephone a few months ago. I had written "sometime in mid June" on my note, but thought What the heck, I'll go online and see what I can find out. WELL, the interview is posted right there, dated May 27th!

Taken directly from their website: "Vox Magazine is published by the Columbia Missourian and produced by magazine students at the world's oldest (and we'd like to think best) journalism school." (that school is the University of Missouri, in Columbia, Missouri.....best known as "Mizzou".)

ANYWAY....I was looking over my list of birthday cards I need to make for the months of June and July. I didn't have a calculator handy, but I knew I could add up a few little numbers without the help of a machine!

So, I got out my trusty calculator and the correct answer is: 72 cards! Ta-Dahhhhh!

I may have to round up some helpers to get all these babies made! They have to be at the location by the 3rd Wednesday of each month, which means I have about 2 weeks to make and send 29 cards...that's how many there are for June. (Most months have been 10 or less cards.)

If you haven't been a follower very long, you are probably scratching your head, saying, "What cards? And who are they for?" Long story short: I found out about some St. Louis inner city kids that sometimes do not receive a birthday card at home, due to financial or other reasons.

I know the phrase "it is so rewarding" can be overused sometimes or seem pretentious....but that's how I truly feel.

I just do some "fancy" printing and use birthday stickers, plus some motivational sayings. I've heard the kids love receiving them, from the youngest to the oldest teens. I have a stamper for the backs of all the cards I make. On theirs, instead of saying it was made by Becky, I write: Made by Someone Who Cares.
~~~~~~~~~~~~~~~~~~~~~~~~~~~~~~~~~~~~
"Twenty years from now you will be more disappointed by the things that you didn't do than by the ones you did do. So throw off the bowlines. Sail away from the safe harbor. Catch the trade winds in your sails. Explore. Dream. Discover." -- Mark Twain
at May 31, 2010 13 comments: 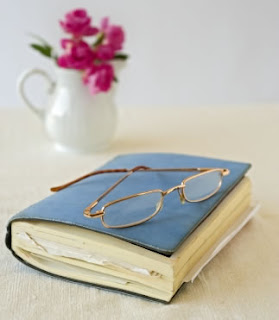 (photo courtesy: creative writing degree abroad jpg)
Yesterday I attended the monthly meeting of Saturday Writers. We had a bit of an "Open Mic" session and I read one of my short newspaper columns from a couple of years ago. It was well received which obviously made me happy.
I also belong to Coffee & Critique, which meets every Tuesday morning. Most times, we stick around and have lunch, thus more "writer talk".
Being around other writers is a big piece of the pie that makes up my life. Listening to them read their writing...listening to others read my writing, receiving helpful suggestions and wonderful compliments.....Just talking about everything in the writing and publishing world... That's what helps motivate me to keep at it. I come away from these get-togethers all charged up and ready to take on the world.....ready to finish my book....my Best Seller!! Hey, it's MY dream.....and I'm reaching for the stars!
I've wondered off and on....what the heck did I used to think about....before my passion for writing presented itself and took over? Well, one big thing person, was Mark, my youngest son! Now that he is a grown man.....no, that can't be right.....my child-rearing days are gone, and I can focus on other things.

Ah...I'm beginning to ramble. Anyway, I just want to say how much all my writer friends mean to me, whether near or far. The wonderful people I've met through my blog this past year, also mean the world to me. It's fun and heartwarming knowing you're "out there" and we're sharing our thoughts and dreams, talents and treasures.

"Depth of friendship does not depend on length of acquaintance." - Sir Rabindranath Tagore
at May 31, 2010 17 comments: