I just realized my number of followers is approaching 200! So, I decided to check the number of posts I've made since I began my blog. I've seen people celebrate when they reach 500 posts, and I thought I might be nearing that number, too.

On a different subject, I attended my Coffee & Critique group this morning and read one of the chapters from my book. I was so pleased with everyone's reactions and their suggestions. When I write something that I think is funny, it's obvious that I also want others to think the same thing....and they did!

For those of you who have just begun reading my blog, I'm writing what I've referred to as my memoir, but it also has current happenings, thoughts & observations.....SO....it's a Memoir + More!

The other day when I posted about books' first sentences....I considered sharing the opening sentences of MY book, but it just didn't seem right at that time. Tonight, though, I'd like to post them and ask what you think. Would the following open lines pique your interest??


My mother told me in so many words she thought I was nuts. She convinced herself that my bizarre accident involving a) my head, and b) a crowbar, caused brain damage, triggering my erratic and uncharacteristic behavior. At least in her opinion.
And finally: Thanks and welcome to my three newest followers: Nonna Beach, Summer Ross, and Ames! I hope you'll stop by often and always enjoy what you read and see!


** Note: added Monday, May 4th, at 10:00 am CDT:  To clarify Donna's statement and respond to JFC's in the Comments below....I did NOT have a savory past or a misspent youth! Last year, when a few of us writer gals got together during the Christmas holiday, we talked about our critique group and how we were going over our alloted time, sometimes. SO, Donna said she was going to bring a timer, or a miniture asian gong. I knew exactly what she was talking about : 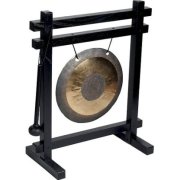