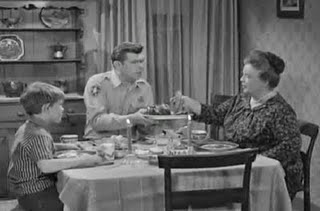 Once again, it's been a long time since I wrote a Nostalgic Sunday post. A few days ago, I decided Mother's Day would be a good time for another one.
Below are excerpts from my memoir pertaining to my love for my two sons. The first is from pages 128 & 129 of the chapter "Were Those Salad Tongs?" It's about my first son, Scott, who was born when I was only 19 years old.
﻿

After being in labor off and on for more than14 hours, I finally was wheeled into a delivery room. I couldn't wait to be relieved of my agony and experience childbirth. The only problem with that was by the time I got the spinal, I instantly fell asleep from sheer exhaustion. I woke up briefly to the sensation of my innards being tugged on—a definite pulling, but not painful. Raising my head slightly, I gazed down toward the obstetrician. My vision was blurry, but I thought I saw some tongs, and then my head plopped back down. I had peculiar dreams but at the same time, felt awake and wondered how many hours had gone by and would I ever see my baby. Then a miracle happened. A nurse gently woke me and showed me the most beautiful, little face peeking out from a pastel blue blanket.

Looking at him, I realized that with his birth I, too, was reborn. I was no longer a teenage girl but a young mother, experiencing all the emotions of motherhood: cherishing, protecting, and nurturing. But most of all, an abundance of unconditional love. All I could say was, "Ohhhh," knowing my life would never be the same again.

We had not planned on having a child of our own. We both had been married once before. He had two sons: a 20 year old, and a 16 year old, and I had my son, Scott, age 14. For one thing, we thought we were too old! We were dealing with teenage boys and trying to “semi” blend our sons into a family. (And as I’ve professed many times since then, “Real life ain't like The Brady Bunch!”)
But as it happened, it seemed there was another plan for our lives that we weren’t aware of at the time.
On October 20, 1987, Mark was born by a scheduled C-section. Another boy! We were thrilled! Ron was able to be in the operating room with me, and I was so happy that he was able to share this miracle with me. But the nurses whisked Mark away, (Oh no. It's déjà vu, just like when Scott was born. What could be wrong?) Soon we were told that our baby had some fluid in his lungs and wasn’t breathing properly. He was kept in a special area of the nursery, with tubes attached in various places. It was heartbreaking, not being able to pick him up and cuddle him. Ron and I would walk down the hallway to see him and touch his little fingers and toes, and caress his little face, but we weren’t allowed to hold him or give him a bottle.
I begged my doctor to let me stay in the hospital until Mark was well enough to come home. But insurance companies have their rules. I was forced, for lack of a better word, to leave the hospital without my newborn son.


After arriving home, all I could do was gaze at Mark’s new crib and his tiny clothes. I said about a million prayers, asking for a miracle, if that’s what it was going to take to bring him home.
Astonishingly, he began to improve immediately, and we were told we could take him home on October 26, which was only two days after my release. Joy set in, but also fear. What if he really wasn’t ready to be released from the hospital? What if he needed the expert care that he could only get there? The nurses assured both Ron and me that our baby was fine and ready to go home with his adoring, devoted, and doting parents! Bringing him home was one of the happiest days of our lives. We would jokingly argue over whose turn it was to give him his bottle, even those middle of the night feedings.
~~~
﻿
"The birth of my sons. The birth of new emotions...what a privilege. What a blessing." Elle Macpherson