Hello writer friends! How many of you entered the 2016 Erma Bombeck Writing Competition? I actually managed to get an essay written and submitted before the deadline...which was yesterday. Whew!

I don't remember when I first became aware of the contest, but I know I entered once or twice, way back when I was a novice at writing...I'm talking a real neophyte. Reading through one of those entries was downright painful & embarrassing, but it was also something else...a verification that I've grown as a writer. I definitely believe that being part of a good critique group(s), and writing associations, and having encouraging friends...writers and non writers both, has had a profound effect on me. All of those elements have helped make me a better writer.

Have I grown enough, though, to be a winner in such an eminent competition? Only time will tell....around March 17th, that is!


~~~
P.S. I just have to mention that one of my writing pals, Donna Volkenannt, was the First Place Winner (Global Humor Award) in the 2012 Erma Bombeck Writing Competition! I think I was almost as excited as she must've been! I wrote about Donna on my blog: http://beckypovich.blogspot.com/2012/03/my-friend-won-erma-bombeck-contest.html
And here is her winning story: http://www.wclibrary.info/erma/winners_detail.asp?id=881&color=&year=2012
I can only hope that I, too, will become a member of such an elite group of writers. 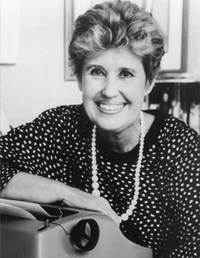 Just one of my favorite Erma quotes:
“My second favorite household chore is ironing. My first being hitting my head on the top bunk bed until I faint.” - Erma Bombeck   ﻿
at February 16, 2016 16 comments: