Our dear Vern has been sick and after a trip to our fabulous vet (Dr. Kelly Brister in St. Peters, Mo) we found out he has pancreatitis. He was pretty sick for a couple of days but with a proper diet and medications, he is on the mend. He's not "himself" yet and may never be the same dog again. He hasn't been allowed to have any Milk Bone treats, rawhide bones or chews, or the occasional cracker or Cheezit...and it's probable he may never have them again. Ron and I are shocked he hasn't really pestered us for those things, either. We just tell him "Dr. Brister said you can't have any."...and also the occasional white lie of "No more bones. All gone!" And he'll go lie down somewhere.


He's still the sweetest dog in the whole world!


~ ~ ~
For those of you who don't know the story about Vern, here's a condensed version I posted on my blog on August 29, 2011....his 10th Birthday!
Three months after we had to say goodbye to our beloved Tiger, (Dec 2010) I was ready to look for another dog. Wanted an "older" dog....a companion, and not a frisky puppy. Found Vern, a lab mix, online at a shelter. His age was listed as eight, but found out he was really nine and a half.....big difference in dog years! But, we brought him home with us in March 2011 and have been in love with this fabulous dog ever since! He is sweet, loving, smart, funny and just plain perfect. Happy Birthday, Vern! May you live MANY more years.
So, obviously, this means we'll celebrate
Vern's 15th Birthday this August! 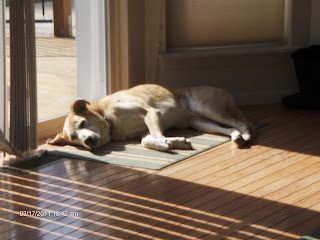 This was taken at the home we lived in then..2011
Awww.......﻿
My laptop has been giving me trouble the past few weeks whenever I try to post photos on my blog. Earlier today, it "allowed" me to post these two...and now it won't let me do any. I keep getting this message:
Some library features are unavailable due to unsupported library locations.
Bye for now! I hope everyone is having a fabulous Saturday!
﻿
P.S. There's a huge grammatical error below.
That kind of thing drives me crazy!...
But y'all already knew it was a short trip, right??!!
﻿ 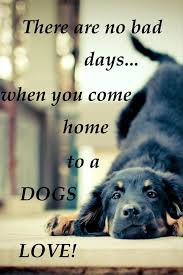