Not much to say...just checking in. All is well in the Povich household, and I hope the same goes for all of you!

I do, though, have photos of beautiful flowers I purchased recently at a local grocery store, and at such inexpensive prices! 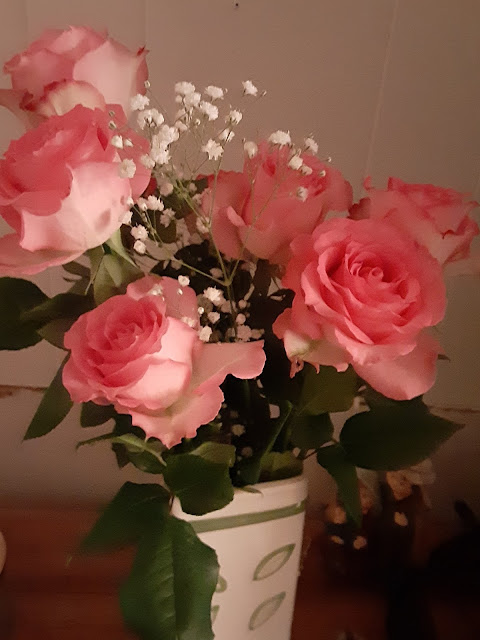 These roses are really pink but they look kind of peach in some of the pictures. 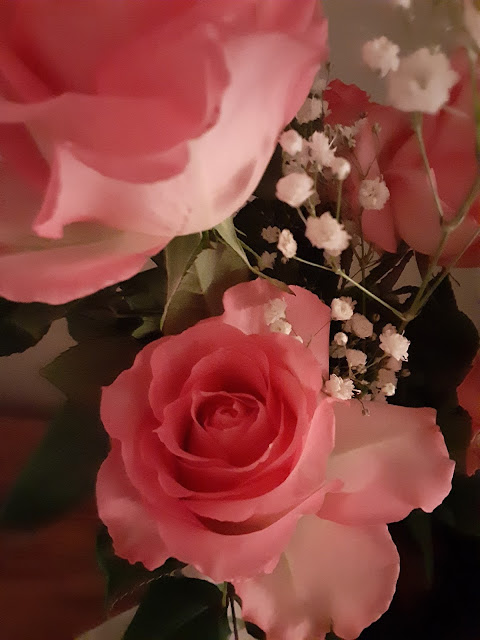 There were 1 dozen, long stemmed pink roses in a plastic container for only FIVE DOLLARS! 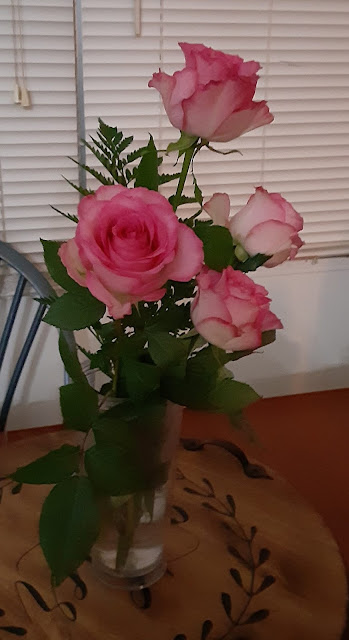 I asked the cashier why these were so cheap, and
she said because they were getting old and about to wilt... 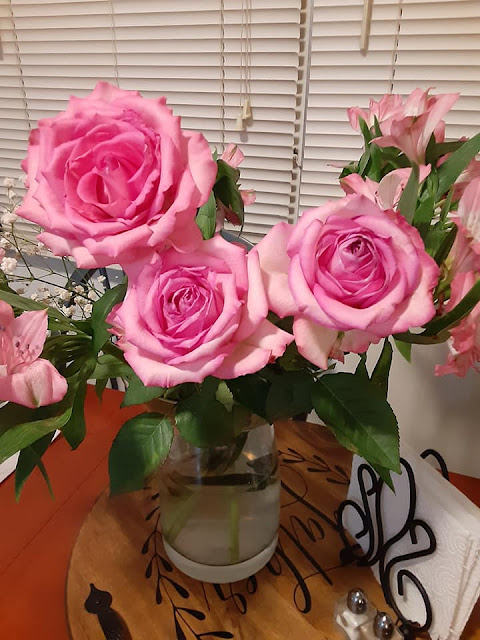 But, here are some of them as of yesterday.

And I originally bought them on July 29!

I'd say I got a great deal, wouldn't you?

I added a few lilies of some kind in this vase.

Since I had so many beautiful flowers,

I kept some at home and took some to work.

I think it's time for another stop at the grocery store! 🌹

“The world is a rose, smell it, and pass it to your friends.”