It's Time Again for Another Nostalgic Sunday 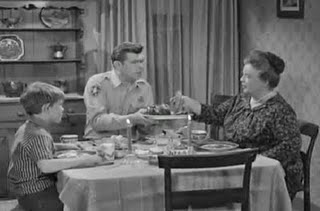 Normally, I'm up 'til midnight or later, but I didn't have a "normal" weekend. I attended a Happy 60th Birthday Party to Us last night and was up really late...or should I say until early this morning. *I'm most likely the oldest one of the group of "high school graduates of 1971 & born in 1953."  My birthday was in January and obviously a few haven't had their 60th birthday yet...but they're not far away!*

It was a small get-together, maybe 60 people. Hey, that would be perfect: 60 people, 60th year! Yikes! Forgive me. I'm really tired!

The best part was that I had been friends with a few of the women since grade school! We had a fantastic time sharing memories, talking about our current lives, and laughing hysterically. Some brought old yearbooks, scrapbooks, school memorabilia, and one put together a photo filled DVD, that was set to the music we grew up with. (I ordered one for myself.)

At first I didn't even remember something we 8th Graders did right before our graduation from grade school. The teachers asked us to write down what we wanted to be when we grew up, and the answers were typed up and given to all of us. I couldn't wait to look at the pages because I had no idea what I'd written. I was such an idealist then and my dreams for the future changed quite often. Some of the students wrote complete sentences, but I wrote two words: a reporter.

Oh my gosh! I remembered! I wanted to be a newspaper reporter. My first "real writing job," although it was for no pay, was writing an opinion column for our local newspaper. And that was just 12 years ago.

I am living proof that anything is possible.

That dreams aren't even realized sometimes until later in life.