* WELCOME TO ROUTE 66 AND OTHER COOL HIGHWAYS *

Today I discovered that a very interesting fellow I know has been reading my blog! I was quite surprised and pleased that he took the time to do that, especially since my blog posts sure ain't what they used to be.

I must've been a lot more creative then, and "writerly feeling," than I am now. Lots of "reposting" comes to mind for future days... 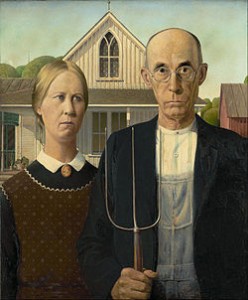 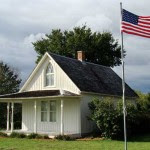 Meander down that long and winding road!


Below is a post from my blog on October 4, 2011.
Doesn't seem possible that it's been SIX YEARS ago!
I was going to attach You Tube videos for both songs, so you could hear the beautiful music and lyrics, which have been haunting me again lately.....but unbelievably I could not find either by ANY singer that I liked enough to post! If you know of some, please let me know.

Somewhere in my past....maybe 15 or 20 years ago....(That would now be 20 - 25 years ago) two of those songs became prayer-like to me. The music and lyrics would pop into my mind, just when I needed them. I'd either sing out loud or only "in my head," depending on whether I was alone or not. 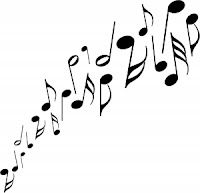 
I've read various so-called explanations about the lyrics of these songs, and it doesn't matter to me what the "real" meaning is or isn't. I know what they mean to me and that's all that counts.


P.S. After posting this, I decided to change my blog title and description. Now it says who I am at this stage in my life. I like it! How about you?

Email ThisBlogThis!Share to TwitterShare to FacebookShare to Pinterest
Labels: Healing music, hymns, Let it Be, the Beatles, The Long and Winding Road

Although tomorrow, September 22nd is the first day of autumn, it certainly doesn't feel that way in my little part of this great big world. In fact, we're having a heat wave...We did have cooler temps here and there a while back, but we knew it wasn't time yet for that to continue. It's been 90⁰F + here, plus very humid! I am SO ready for my favorite season to return...and fast.

Hopefully, to help make it feel a bit cooler, here are some favorite photos I've taken over the past few years: 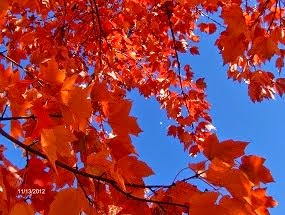 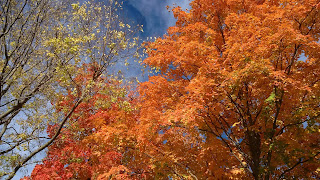 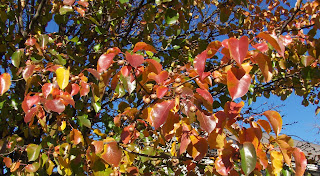 ~~~~~
I found this quote online somewhere
and it just spoke to me... 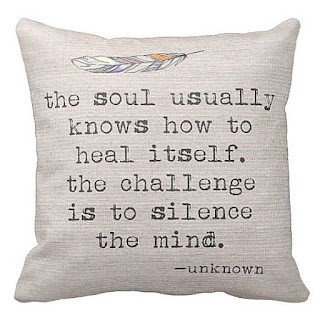 A very dear friend of ours, Claudia Mundell, lost her fight with cancer earlier today.

She and I "met" through blogging and shared lots of things in common: writing, tea cups and tea pots, doilies, wind chimes, enjoying time out on the deck, and our canine companions. We actually met in person one evening in one of those serendipitous ways! Claudia, you will be missed by so many, but at least your writing lives on for all to enjoy.

I've been told there will be no services, which makes me sad, but that must've been Claudia's wishes.

I don't know if anyone has her blog password, so for now, the last post on it is from July 12.

In the days to come, I hope to post more things about Claudia, but for now, just wanted to get the word out.

* You can type Claudia in the "Search this blog" box on the right column, directly below my memoir cover, and see more posts about this lovely woman. *

The link below will take you to the post I wrote past May, right after I learned about Claudia's cancer.