I've been planning a blog post about my favorite TV drama show, Person of Interest for quite a while and just never got around to it. BUT, after seeing the prestigious Emmy nominations this morning, I couldn't wait any longer.


The Emmys used to be exciting. The Emmys used to nominate actors and shows that the majority of us watched and liked. Why did they make the decision a few years ago to include shows that are only on the pay cable channels, such as HBO? The entire country does not receive those channels.


This year's nominations include more of those shows than the ones on "regular" network channels: ABC, CBS, NBC, and FOX.


This year's nominations was a Deja Vu of previous years, with only a few exceptions....and all were pretty bad in my opinion.


I was so sure that Person of Interest would be nominated for Best Drama, and the two main actors would also be nominated, as I've listed below ---- (And remember, these are just MY ideas, none of these are real nominations) 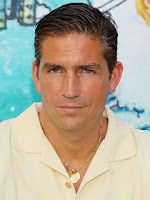 
If you've never watched this show, you are missing a fantastic, keep you on the edge of your seat, don't miss a single moment drama. It's so unique and the acting is superb.


Maybe next year, and for now....there's always The People's Choice Awards.

"Honesty isn't enough for me. That becomes very boring. If you can convince people what you're doing is real and it's also bigger than life -- that's exciting." ~ Gene Hackman
at July 19, 2012 10 comments: