* MY COUNTDOWN TO THANKSGIVING * 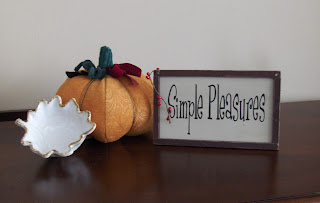 ﻿
It just occurred to me that I'd like to post something about Thanksgiving, beginning today and "hopefully" every day until the Big Day, November 26th. (I wrote "hopefully" because I am working a lot of hours right now, but I'm sure I can at least post something short and sweet if I'm totally worn out!) I'm not even sure yet what I'll write about, but I will be sharing a variety of thoughts and feelings.

This morning I thought about one of my favorite movies: Planes, Trains & Automobiles. There are several parts that I love to watch over and over, and others I tend to skip through (thanks to DVDs, etc.) It's fun seeing the St. Louis airport and watching Steve Martin walking near it, and through it. Some of the quotes I laugh at the most aren't going to make it to this blog post, due to the "language," but they are hilarious! 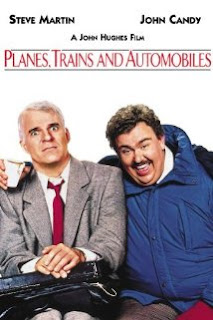 Here's some I'd like to share (all three quotes are in totally different scenes) and if you've seen the movie, you'll definitely recognize them:

Neal: He says we're going the wrong way...
Del: Oh, he's drunk. How would he know where we're going?


State Trooper: What the hell are you driving here?
Del: We had a small fire last night, but we caught it in the nick of time.
State Trooper: Do you have any idea how fast you were going?
Del: Funny enough, I was just talking to my friend about that. Our speedometer has melted and as a result it's very hard to see with any degree of accuracy exactly how fast we were going.


Del: You're in a pretty lousy mood, huh?
Neal: To say the least.
Del: You ever travel by bus before?
[Neal shakes his head]
Del: Hmm. Your mood's probably not going to improve much.