Hello Everyone! Today, I'm having a blog interview with writer, Margaret Norton, about her memoir, When Ties Break (A Memoir about How to Thrive After Loss), which also includes a Give-Away! 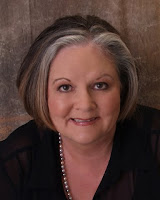 1. What made you want to write this memoir?

Initially I did not plan to write a book. I started journaling in 2005 at the suggestion of my counselor as a way to deal with grief I was experiencing from eight deaths the previous year. I shared this with a few people and their reaction was "that's good, you should write a book." I was working away from home and living in a hotel at the time with lots of free time on weekends. Not really knowing where all this would take me I started turning my journal into my life story.


2. How difficult was it to recall and reveal some of the tragic things that happened to you?

It was difficult but also healing. I don't think I realized the connection to all the events in my life until I wrote the book and took a good hard look back. It was difficult admitting that I had made mistakes and some of my misfortune was my own fault. I experienced a range of emotions - feeling sorry for myself, angry with myself, beating myself up, etc. It was especially hard when I wrote about my children and having to come face to face with the reality that my decisions had also profoundly shaped their lives.


3. Did you have to get permission from the people in your life who you included in your book?

I struggled with this for a long time and sought the advice of several published authors. Since I was writing my story I did not ask for permission from anyone but I did change everyones name. People that know me will know who I'm talking about. I did this out of consideration to the people in my book. Even though I was writing my story - which often involved them - I was very aware that some of them did not want their story shared with others. By changing the names people that knew them could read the book without knowing who I was talking about. I wasn't trying to get even with anyone and I didn't make anything up. In fact, I left some things out that I felt were just too personal to share with the whole world. It has generated some interesting conversation from my family and friends.


4. What are some of the major themes you explore in When Ties Break?

I wrote the book in six months but then spent one year revising and editing it.


6. What are some of the struggles you've had to overcome in your life that led you to write this memoir?

The struggles that I've overcome are the major themes listed in question #4. Those were all big, major events but I think the real struggle for so many years was to find, understand and like myself. I was insecure as a child, married young to an abusive partner and suffered terribly from low self esteem. As my self confidence increased and I learned how to set boundaries and take care of myself the struggles changed. In some ways they became easier. When I was younger I took everything personal - it was all my fault because I was a terrible person. Now that I'm older my perspective is totally different. Tuesday, August 3rd was the official release date of Margaret's book. It is available from Amazon, major book stores, from her publisher or autographed copies directly from Margaret.


Attached is the link to Tate Publishing which will take you directly to Margaret's book.

This is a very exciting time in her life, which I can totally relate to!

A little more information about Margaret.  When she lived in this area she was a member of Saturday Writers, which is a marvelous writers' group, and not only because I'm also a member! Now that she lives in North Carolina, she has joined several groups:


Margaret states: "Being a new writer I'm eager to meet as many people in this field as I can and soak up some of their knowledge."

Below are numerous ways to contact Margaret.
Margaret Norton
Personal Life Coach, Writer, Speaker
314 956-2588
To schedule your FREE Consultation
call 314 956-2588 or email me at margaret@margaretnortonlifecoach.com.


** Okay, here's the part about the "give-away".  Everyone who leaves a comment or question for Margaret, will be placed in a random drawing to receive a PDF file of this book! I started reading it right after I downloaded it, and I can assure you it is a great read! I couldn't wait to read more of it. I've also been told that PDF files of books can be read in some e-readers such as Kindles. Who knew?? Not me!

I'm very excited for Margaret and I've never even met her! Margo Dill asked if I would like to do a blog interview for her and I agreed. I'm so glad I did, because just from e-mailing back and forth with Margaret (after we got the e-mail goblins to go away!) we've learned that we have quite a bit in common!

Don't be shy! Please leave some comments and/or questions for Margaret!

"Life gives us many chances to start over again, like a cat with nine lives." -- Margaret Norton
at August 12, 2010